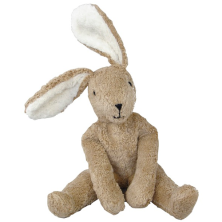 Real is a contemporary middle grades novel of approximately 40,000 words. It centers on Grigori, a nine-year-old Russian boy who lives in an orphanage with Raya, his imaginary mother. It was inspired by our own adoption journey in 2002. I would love to see this story out in the world and am currently seeking representation for it. Here are the first few pages:

They didn’t want him. Grigori could tell right away that the chubby woman and the man with small, piggy eyes weren’t going to become his new mother and father. After Katya, the woman with the bright red hair and even brighter red lips who spoke Russian for foreign visitors, told him where the couple lived, he turned to ask Raya if she knew where Texas was. Raya shook her head and put her finger to her lips, and Grigori remembered that he was never, never supposed to talk to her when other people were around. When he turned back to her, the woman was looking at him as if he was a bug crawling on the couch. Katya had hissed at him, “Who were you talking to, stupid boy? No one will ever want to adopt you if they think you’re crazy.”

She must have been right because the couple said goodbye to Grigori after only a couple more uncomfortable minutes, and Katya called in Viktor, a boy who still wet the bed each night and picked his nose without even caring if anyone was looking. Grigori saw Viktor sit down and smile sweetly at the couple before the door closed behind him, and he headed down the hallway to lunch.

“Crazy boy!” Vladimir charged into him. Grigori bounced off the gray wall, hitting his head and banging an elbow. His lungs burned with the breath he held to keep from crying. He kept his eyes down, waiting for Vladimir’s feet to move away from him toward the heavy smell of meat, potatoes, and cabbage in the lunchroom. It felt like all the kids in the orphanage called Grigori psikh although it was really only Vladimir and the four boys who circled around him. The other kids just ignored Grigori.  He usually didn’t pay attention to what the big boys called him. Today, however, with his head aching from the impact, it was impossible to ignore.

In the lunchroom, the chair squeaked as Grigori sat down at his assigned table. The other three children who were already there scooted their chairs away from him. Through the window, Grigori could see sunshine struggling to break through the trees in the yard. He hoped they would go outside after lunch so he could swing if the chain wasn’t broken again and if the other boys would let him have a turn. Maybe today he could get the red shoes out of the bin instead of the blue and white ones he always seemed to be left with. The blue and white shoes pinched his feet. He wiggled his toes in the dingy gray socks they all had to wear inside.

Grigori loaded his fork and chewed the stringy meat slowly. Katya had explained adoption the first time people had come to talk to him when he was around five years old. That couple hadn’t wanted him, and neither had the lady who came by herself. The Russian couple he met just weeks ago never even sat down. They’d just looked at him and told Katya, “nyet.” Those were the only times Grigori had been called to sit on the brown couch and meet potential parents. Most people went to the baby homes and adopted infants and toddlers. The children’s homes where kids like Grigori lived who were between the ages of five and ten were not visited as much.

As for the older kids, the ones who were over the age of ten, Katya and the other women who worked in Grigori’s orphanage spoke of the places where they lived in threatening whispers, “If you don’t behave, you’re going to wind up in Center Forty-Two.” It was understood–no one ever went to those places to adopt children. Once you were eleven and moved out of the children’s home, you would never get a family.

Grigori agreed with Katya when she said having a real family would be better than the orphanage. Even if the family was strange or if he didn’t understand what they were saying or if it meant going far away, it had to be better. Grigori had seen a few movies with families in them, and they seemed to be happy, and they ate things like cake and ice cream and had parties with balloons to celebrate birthdays. It had to be better than Vladimir and his friends calling him names, pushing him, and taking the best of what little was available for themselves. It had to be better than the same food every day, the food that was like everything else around here–just enough to fill you up but just something to be chewed and swallowed quickly, not held on the tongue and enjoyed. But Grigori had ruined another opportunity, and he wondered how many other chances he’d have, if any.

He smooshed a chunk of potato flat with his fork. Why hadn’t the couple chosen him?  Maybe he was too old already.

“People like the little boys and girls who are still cute,” Katya told him back when the Russian couple had dismissed him. “They don’t want nine-year-old boys like you who are good boys but act strange and are not little and sweet. Parents like children like puppies. Puppies are cute, but then they become dogs that are not so cute. You are almost not-so-cute, so you need to be a good boy if I can get another mother and father to talk to you.”

She’d patted his head in a rare display of affection. Grigori chewed on Katya’s words in his mind as he finished his beans and ignored the other children at the table who were talking about a game they wanted to play together outside after lunch. He would not be invited to play with them, so he thought about the swings again and about Katya patting his head. The chubby woman’s face swam up in his mind again too. Would she have been a good mother? Would he have been happy with them in Texas? He didn’t even wonder if he wanted them, only why they hadn’t wanted him.

“Maybe it’s because you talked to me.” Raya appeared in the empty seat next to him and fixed her soft green eyes on his. Grigori shrugged.

“I’ve told you again and again not to talk to me,” Raya murmured, “No one else can see me. I am your secret, Grisha. ”

Knowing Viktor the nose-picker had been chosen instead of him made the keeping of the secret seem especially important, so Grigori nodded and kept his silence. Raya and I can only talk when no one else can hear me, he thought. That was hard, though, because of all the things that there wasn’t enough of in the children’s home, privacy was the most scarce thing of all.

Weeks later Raya’s words and the lesson they carried stayed with him permanently when the chubby woman and the piggy-eyed man returned and took Viktor with them. Raya stood behind Grigori, her hands on his shoulders. They watched through the window as the new family walked together through the scabby yard toward the gate, their shadows joined together in the late afternoon light.

Raya was the closest thing Grigori had to a family. He had never thought to ask who she was because she’d just always been there with him. Questioning her existence would have been like asking why all the blankets were gray or why there was a crack in the floor two steps from his bed that looked like a butterfly’s wing, so he didn’t question. As important as Raya was, however, he hoped he’d have another chance to become part of a real family.